Until this year, Christmas here has been one of the highlights of living in the Andes. The “juice” as a good friend said last week. The annual Christmas Eve parade of children draws more than 100,000 visitors from throughout the country and South America. It brings in hundreds of thousands of dollars to the local economy. It is the longest parade on the continent and a spectacle well worth devoting a day to. The people embrace it with love, colorful costumes and devotion. The city fathers, in their typically irresponsible fashion, have cancelled all such celebrations this year. Ecuadorians are by nature highly resistant to authoritarian government and I’m anticipating considerable resistance to the edict, though without government permits I can’t see us enjoying the usual parade. It forms just below our balcony. Below is a photo I took three years ago as I wandered along the river, greeted with smiles and Feliz Navidad at every turn. Let us hope for a return to normal next year. 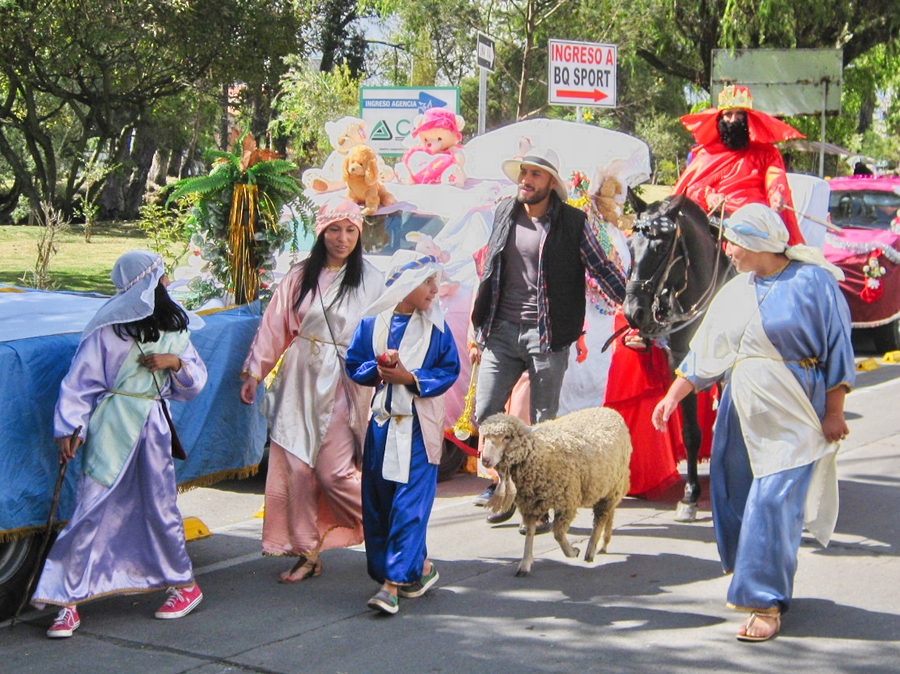