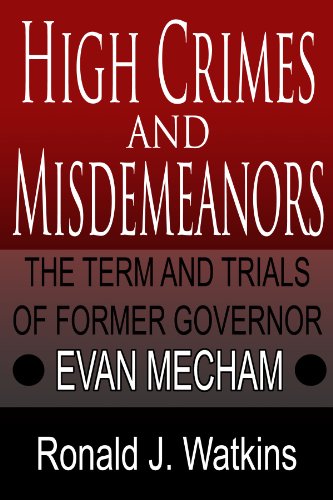 Mecham, an auto dealer who had unsuccessfully sought public office many times, was elected governor of Arizona in 1986. His first act in office was to rescind the state holiday commemorating the birth of Martin Luther King Jr. According to freelance writer Watkins, Mecham gave evidence that he was racist, anti-Semitic and homophobic. The author also charges that the governor’s sole criterion for naming appointments to state office, even high office, was loyalty, rather than competence; further, that he included the press in a perceived conspiracy of those who were “out to get him.” A recall movement, begun shortly after Mecham took office, collected more signatures than votes received in the election. In 1988 the impeached governor was removed from office, although the recall election was cancelled and he was acquitted in a criminal trial for accepting illegal campaign contributions. The story of Mecham’s administration is dramatically told by Watkins in an even-handed, well-documented account.