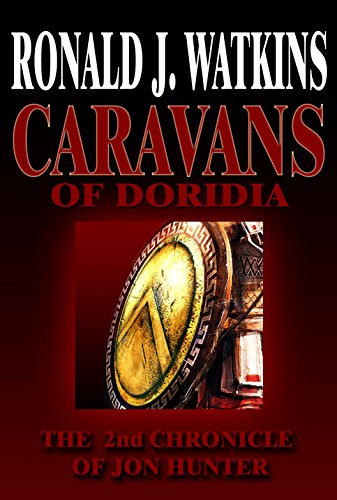 Book two of the chronicles of Jon Hunter resumes the story a few months after Hunter: Warrior of Doridia. Though thrown back in time to an ancient world unknown to us, Hunter has quickly adapted, becoming one of the most feared swordsman in all of Doridia. Now First Officer of the Great House of Taslea, he has been charged with a vital mission. Vivid in its creation of an alternate civilization, exciting in every way, Caravans of Doridia will not disappoint.