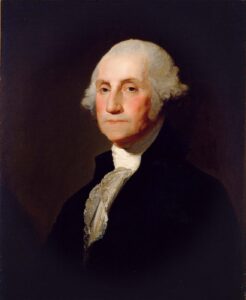 Today we celebrate George Washington’s birthday, though in some places it is known as Presidents Day despite the fact there are a few recent former presidents who don’t deserve celebrating. Washington grew up in a slave owning family and at a time and place where slave owning was the norm. In fact, to that point, slavery was practiced continuously in every place of the world with few exceptions. As a leader of a new nation “conceived in liberty and dedicated to the proposition that all men are created equal” owning slaves was clearly in opposition to these high ideals. Washington wasn’t the only one of course. During the last 20 years of his life Washington struggled with the moral conflict. He was a decent slave owner, if such can be said about someone owning another human being. No one asked the slaves how they felt about it. He refused to sell slaves as he would not break up families. He confessed in a letter that he wanted to free his own slaves but most of the slaves at Mt. Vernon belonged to the estate of his wife’s first husband. He could not free them, not could she. To make the situation even more complicated his slaves were intermarried with hers and drawing the line of who he could free and who he could not was all but impossible. He resolved the issue by freeing his slaves in his will.

This isn’t to excuse him but as I said, slavery was the norm in his time as it had been throughout history. Great men often have aspects of their lives that reduce them in our esteem, so it is with Washington. But we should recall that twice he laid down near absolute power when he could have been a king or dictator by popular consent. Our nation of free people owes him its gratitude and it is fitting that we set aside this day to honor his righteous legacy.