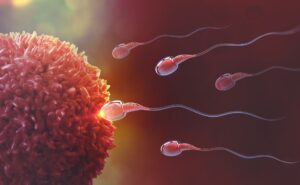 It looks like Bill Gates has got his wish: population reduction, even elimination. And it didn’t take a toxic vaccine that diminishes a woman’s fertility rate. Turns out we’ve been doing this to ourselves for decades with no end in sight. At least since the 1970’s the ability of men and women to produce children has been in steady decline until today it is at half the rate it once was. Since 1973 male sperm is down 60%. A woman today in her twenties has the same fertility rate as her grandmother did at age 35. In addition the size of a penis has diminished as has the size of testes. It turns out all the things we depend on for our quality of life are filled with toxins that take a relentless toll on us over the years and our bodies don’t shed them. They just keep building up. These toxins are everywhere. They are in plastics, clothes, cleaning products, fragrances, soaps, electronics and carpets, just to name a few.

The tragedy is that there is no easy way to undo this. The industries profiting from poisoning us will resist any change and even those of us suffering will not want to put up with the inconveniences of saving ourselves if it is even possible. It has been postulated that Ancient Rome committed suicide in part by the steady poisoning of its population with the pervasive use of lead. Now we’ve done the same same thing. Read the details. It ain’t pretty. https://www.theguardian.com/commentisfree/2021/mar/18/toxic-chemicals-health-humanity-erin-brokovich